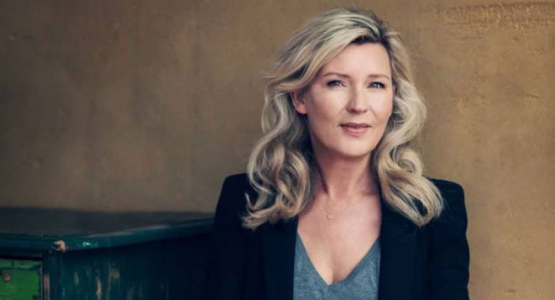 Saskia Noort kept quiet about her rape. ‘I kept quiet because I was afraid of disbelief and the grief of others.’

Why I Kept Silent

Matthijs van Nieuwkerk (famous Dutch talk-show host) wondered, after the Harvey Weinstein segment, why all his victims took so long to come out. He called it ‘peculiar’. I think there’s nothing peculiar about it. Keeping silent about sexual violence and intimidation are ingrained in us. The same goes for shame and guilt. Talking about it often leads to misery, and I should know.

I remained silent about my rape for 35 years. I was 14 and at a place where I shouldn’t be in a mini-skirt that was too short. I had been drinking and was acting tough with the much older boy next door, who was really a man. He forced me to the ground in the garden, tore off my skirt and panties. Threw them over the fence and forcibly penetrated me. In the background were the sounds of Tonight is the Night by Betty Wright. Yes, the truth is often more implausible than the lie.

Inside my friends were laughing and chatting. Asking for help would have been easy. Screaming, yelling, kicking, biting. But I did nothing. I let him pound my body and primarily thought about my panties on the other side of the fence.

I kept sitting in the garden long after he had left me there. How was I supposed to go inside, half-naked, facing people? The shame was enormous, but not as big as the guilt. I had asked for it, by laughing at his jokes and flirting, by choosing this skirt, by lying to my parents, by fantasising how it would be, the first time, by thinking about sex in the first place, by being a woman. When I finally mustered up the courage to sneak inside, up the stairs and had put on my girlfriend’s clothes, I decided it didn’t happen. Of course everybody at the party knew something and I would smile about it. I got the morning-after pill and kept quiet, even when my mother found the packaging, even when a girlfriend confided in me that the same neighbourhood kid/man had tried to assault her.

I kept quiet because I couldn’t talk, because, just thinking about it, I felt exactly as I felt then, half-naked in the garden, broken and not having any worth.  I also kept quiet because I noticed that no one was interested in these kinds of stories. The few times I showed my loved ones a glimpse of who I really was, namely a damaged kid, they immediately involved themselves.

I only started talking about it when my own daughter turned 14 and I noticed I had an obsessive fear that someone might do this to her, hoping that my story would mean something to other victims, but, being honest, also to scare her. Watch out, this is what men do to girls in too short skirts who don’t listen to their parents. I talked and everything I had been afraid of for years, was happening. They didn’t believe me, it was my own fault, it wasn’t a real rape, surely I was looking for attention, it couldn’t be true, because why wait so long to tell it?  You’re not bringing up that rape again now are you?  I wished I had kept quiet, that I could take back my words, I wanted to act like this had never happened. Because this story is safest with me, the story in my dark night.

We women, therefore, we remain silent and for the one who keeps indignantly wondering why? Because we are ashamed of our fear, of the deepest humiliation, of our victimization. And because we know what we’re in for when we start talking. The scornful disbelief. As if we want to tell our story to get a little attention. The attention that consists of anonymous messages in which men can unload their misogynist story. You’re far too ugly to be raped. You just sit tight; I will show you what a real rape feels like. You weepy, snivelling bitch, you probably never felt a real dick before.

The desire to invalidate women is apparently deeply rooted in many men, looking at the stream of troll messages I’ve received since I told my story. Still, they are not going to put me back in my cage. I will keep on shining a light on all sexist prejudices about sexual violence until hopefully, one day, the victims can go to the police, without shame and self-hatred, and men are tough enough to just ask for sex instead of snatching it off us using their physical strength.  As long as we see the woman as responsible for a man’s lust, sexual violence will always exist. It’s not up to us; men will have to change this. To begin with, by never asking why a woman did things that have been obvious to him for centuries.