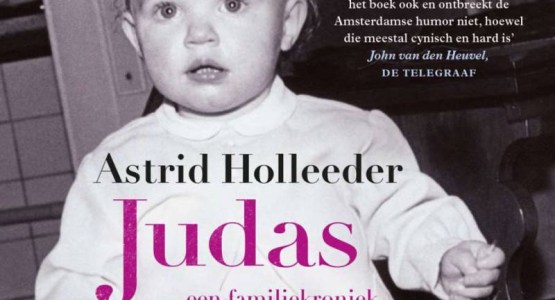 In a competitive situation with multiple bidders, Atlas Entertainment and Amblin Television have acquired rights to Astrid Holleeder’s Dutch memoir, Judas, to develop as a television series.

Judas is the unbelievable but true story which follows Holleeder’s life as the youngest sister to Willem “Wim” Holleeder, the Netherland’s most notorious criminal mob boss. After serving as his consigliere for years, Astrid wrestled with the decision to take the biggest risk of her life: to turn against her brother after the brutal murder of their own brother-in-law. Judas is described as a story about family, betrayal and a woman’s journey of empowerment through the unthinkable.

Atlas Entertainment’s Charles Roven and Richard Suckle will serve as executive producers alongside Amblin TV’s Co-Presidents, Darryl Frank and Justin Falvey. Atlas’ Melinda Whitaker originally brought in the memoir and will serve as a producer on the series.

“When we heard Astrid Holleeder’s story, we were floored, and immediately saw the potential for a great television show in her haunting, emotional and inspiring journey,” said Roven and Suckle. “We can’t wait to begin work on this series with our friends at Amblin Television.”

“Judas is a truly captivating real-life story, with amazing characters that jump off the page, intense family drama, and an incredibly emotional and personal way in,” said Darryl Frank and Justin Falvey, Co-Presidents of Amblin Television. “We couldn’t be more excited to be working with our partners Charles and Richard at Atlas to bring Astrid’s bestselling tale to the screen.”

The memoir, first published by Oscar van Gelderen at Lebowski Books, was an instant bestseller with all of the book’s 80,000 first-edition copies selling out on the first day of its release, with 500,000 copies sold to date just in The Netherlands. Little Brown will publish the English version in the U.S. in spring 2018.

Atlas produced box office hit Patty Jenkins-directed Wonder Woman, which has earned over $815 million worldwide so far. The studio is currently in post-production on Justice League which will be released on November 17.