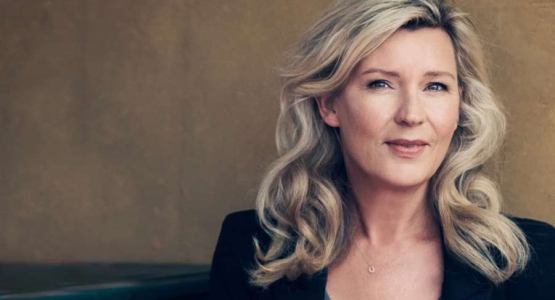 We just launched a brand new website for Saskia Noort, the Dutch Queen of Suspense: read all about her books, her favorite movies, series and music & more: www.saskianoort.com

Saskia Noort put the Dutch literary thriller on the map with her debut Terug naar de kust (Back to the Coast, 2003) and has since risen to the absolute top in Holland. She followed up with De eetclub (The Dinner Club), Nieuwe buren (New Neighbours), De verbouwing (The Renovation) and Koorts (Fever). Noort’s thriller Debet (Overdraft), which was published in 2013, is a sequel to her most wellknown book, The Dinner Club, and reveals the club’s true secret. Noort wrote the novella Afgunst (Envy), on the occasion of Month of Crime Writing in 2007. In 2016 Huidpijn (Skin Ache) was published, to critical and commercial acclaim. It received great reviews and ended as third best sold of the year in Holland that year, rights after Astrid Holleeder and JK Rowling.